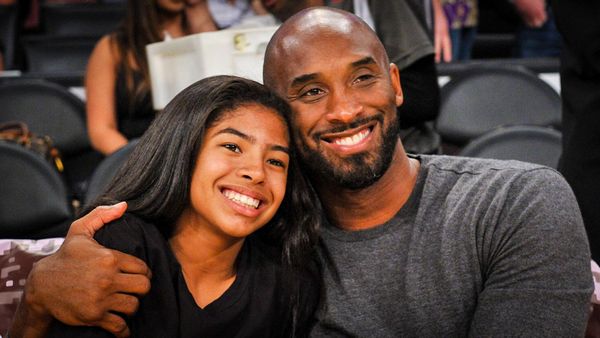 With the unfortunate passing of celebrity figures, it always seems to have effects on the public. The devastating loss of a well-known figure in society, along with his child, has parents all over holding their children a little tighter. "​Girls are the best" expressed Kobe Bryant to ESPN's Elle Duncan after she shared the news of her pregnancy with him and that she was having a girl. Duncan went on to share the memory that Bryant continued to tell her, "I would have five more girls if I could, I'm a girl dad.” Since sharing her story, the hashtag #girldad has gone viral with tributes from both fathers sharing special moments and daughters expressing gratitude.

Bryant’s role as a father to four daughters and his strong support of women’s athletics later in life have emerged as essential parts of his legacy. Kobe Bryant's unexpected death leaves the world grieving, searching for answers and tributes have been pouring in from all over the world for the deceased athlete.

Richard Harris, professor of psychology, says many people develop relationships with media characters in a similar manner to how they do so in real life. A phenomenon referred to as parasocial interaction, a one-sided relationship commonly observed between celebrities and their fans. "We don't have the social structures and support for grieving the loss of a media character," Harris says, "as a result, social media postings can turn therapeutic for some devoted fans or supporters," Harris says. Fellow celebrities have also taken to social media sites and other mediums to mourn the loss of fellow stars or influential people (2).

“Fan mourns not only the loss of the celebrity but other aspects of their personal life which have become bound-up with the celebrity,” says Michael Brennan, a sociologist at Liverpool Hope University. "When we think about a public figure, we often reflect on when we first became aware of them, or when their work began to resonate with us so personally. Hearing the news of their deaths forces us to reflect on that time. We feel nostalgia for it and may even regret the passage of time. So although we may outwardly express the fact that we’re mourning for the particular person, that’s not really the case. Instead, we’re mourning who they were to us, and who we were when we discovered them" (1).

Kobe Bryant may forever be remembered as a basketball legend, still, to his daughters and others that knew him, he was also a "girl dad.”