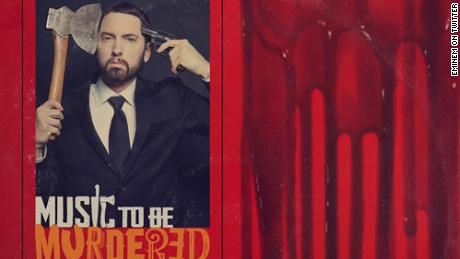 I’m sure everyone has heard or at least seen, people talking about Eminem’s newest album “Music To Be Murdered.” Eminem has albums dating back all the way to 1996 and obviously sticks to the hip-hop genre with each one. He’s definitely no stranger to the hip-hop community, whether it be music or film. I’m twenty-four, so listening to Eminem in the early 2000s was amazing mainly because of how fast he could rap.

I remember being in school at the cafeteria table and everybody crowded around to listen to the rap battle of the day; it wasn’t just about who could rap the best, it was also about who could rap the fastest and Eminem for sure set that bar. Now, of course, Eminem had a bit of competition on his hands when Twista introduced himself but, that’s another story for another day. I’ve always felt like Eminem was accepted in the hip-hop community, especially when Black Twitter officially invited him to the cookout.

So, you can only imagine my surprise when I logged on Twitter and saw people bashing him and the hashtag #EminemIsCancelled circulating. Surprisingly, the “canceling” of Eminem was just a hashtag that got started by a bunch of Ariana Grande’s fans. They were upset about lyrics from the song “Unaccommodating” from his new album. The lyrics read, “But I’m contemplating yelling ‘bombs away’ on the game, like I’m outside of an Ariana Grande concert waiting.” For those out of the loop, Ariana had a concert in Manchester, UK in 2017 that ended in a terrorist bomb attack.

I can definitely understand the sore spot these fans have for the victims and their families but fans of Eminem seem to think it wasn’t that deep. With tweets like, “Eminem has always been disrespectful” and “You are too sensitive if you’re offended” coming to the rescue, it doesn’t seem like Em has anything to worry about anytime soon. Not to mention, I actually listened to the album with god-mom who is a Generation X-er and he’s definitely still got it. He’ll always be remembered in the hip-hop community.