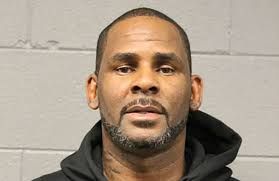 Earlier last month, authorities raided a storage unit owned by R. Kelly and seized around 100 devices like video cameras, Apple iPads, hard drives, computers, and cell phones (2). Information about the raid was released during an arraignment for an indictment filed last month, adding additional allegations of his involvement with a minor (1).

Kelly’s defense team offered that the search took place at a storage facility near O’Hare Airport that had already been raided prior while criticizing the ongoing allegations from the government (4). Kelly’s attorney Steve Greenberg stated that he doesn't believe investigators will find “anything incriminating ” reported the Chicago Sun-Times (3).

The jailed singer could face additional charges following the carrying out of the search warrant for the storage unit prosecutors alleged in court this week (3). With everything that is presently surrounding his course case, the prosecution is hoping to find additional discriminating evidence pointing to the award-winning singer’s alleged pedophilia (2). In addition to the string of new allegations referred to in the indictment as "Minor 6,” it has been revealed that the new trial will now be postponed from April 27 to October 13, giving prosecutors more time to investigate the electronic devices that were found in Kelly's storage unit (6).

R. Kelly is still facing trial in Brooklyn beginning July 7, and presently remains behind bars having been locked away for almost a year on the original 13-count federal indictment (2).